Using a similar approach to that covered in an earlier post we demonstrate a method for manually reviewing clusters to split one into two or more, or join two or more together.

In this example we will use the standard sample Find duplicates test file with UK addresses.

This screenshot has examples of two scenarios we want to handle.

The records on rows 11 and 12 (record id 123466 and 123467) have the same name and address, but the DOB indicates they could be father and son living at the same address. For arguments sake, we assume we are not including DOB in the match rules but we have identified these as two separate individuals through manual review.

The records on rows 4 and 5 (record id 123459 and 123460) have the same name and DOB (not included in default Individual rules) but due to the difference in address have not matched. In this example we assume that a manual review identifies these as two records which should be joined as they are from a change of address.

Add a discriminant to the rules

We then update the existing top level rules to test for ManualReview.Exact as shown below

If two records have been manually reviewed and given the same ID, ManualReview.Exact will evaluate to true and will result in an overall exact match.

If two records have been manually identified as different, then the result of the Generic_String match will be NoMatch and will not match overall.

A note on blocking keys

To ensure two records which have been manually reviewed to be the same should have matching blocking keys to ensure the rules are evaulated. In this example we are only using Generic_String which is included in the default blocking keys. If multiple Generic_Strings are being used then these would need to be modified to take into account the element group.

Performing the manual review and re-processing

When manually reviewing we will use an identifier that can help trace the source of the decision.

To break the two records we will use different IDs:

Processing this file, we now see the records we expect to be in the same cluster and the other two split into separate clusters.

The data, workflow and Find duplicates rules used in this example is below. This was generated in Aperture 2.4.6, so may not be compatible with earlier versions. 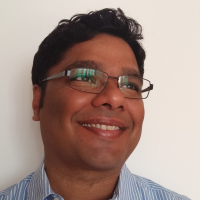 Re: Drop zone configuration in server.properties

Re: Format number to 2 DPs

@SpeedySteven This function does what you want without needing to upgrade anything.

Save the rounded number as a variable RoundNum

We're then going to chop this number up into 2 bits - the right two digits (let's call that RightBit) and everything else (LeftBit).

We then concatenate these two bits either side of a decimal point and save it in the variable outString (LeftBit.RightBit)

This works for any number except zero, which ends up as ".0", so we have to handle zeroes as a special case

This was with "ignore datatype" on the match type - with "exact" this processed ok.

Re: Format number to 2 DPs

Re: Error with resuable workflow step in new workflow

I have resolved this. The data source had changed slightly so by removing the output step on the previous workflow and then readding it so the metadata is refreshed.

Re: Dynamic Naming of Output File

Hi Steven, that sounds a little high, but within the rough expected time for 25M records (depending on machine spec and other jobs that might be running in the background). Looking at metrics from our performance tests, Lookup takes roughly 35 mins for 100M records (might depend on the chosen match type), I would think the most likely culprit is the Transform with an if then else. You could test this by duplicating the workflow, removing the Transform step and running it again.

Josh Boxer
1
Hey! You will be signed out in 60 seconds due to inactivity. Click here to continue using the site.