Basically what I would need is the option to choose the return column dynamically so that I don't have to write the whole function for tens of different columns, just maybe make 1 custom function which references my static dataset, and I only need to select the value to return (since my lookup table,key and lookup column would be the same every time, and a lookup key you can define to be anything anyway.).

I could theoretically use a join and make a custom IF function to achieve this, but it would need some cleanup of the data, and I really have a lot of columns to do this on so I'd prefer to keep my step results clean instead of adding 20-30 extra columns only to then throw them out.

Is there an easy way to do this using a custom lookup function or should I resort to joining? 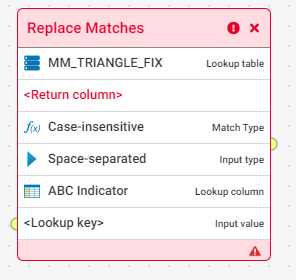