Is there an easy way to filter out records which contain a number only (for a given column)? I need to filter out records which contain a number only from an address column.

I have attempted to do this using the To Number and Is Number functions: 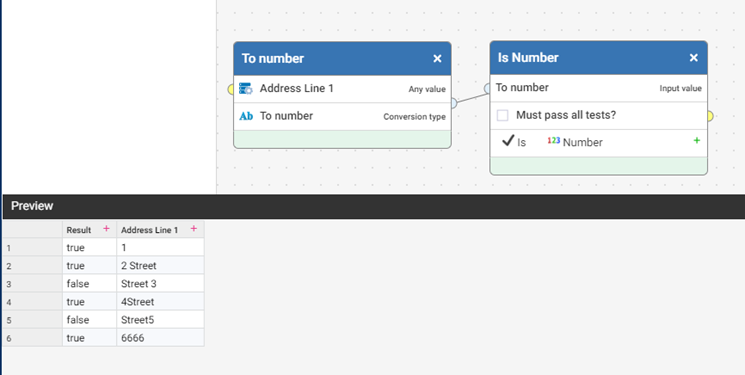 This approach does not work because the To Number function does not behave as I would expect it to: 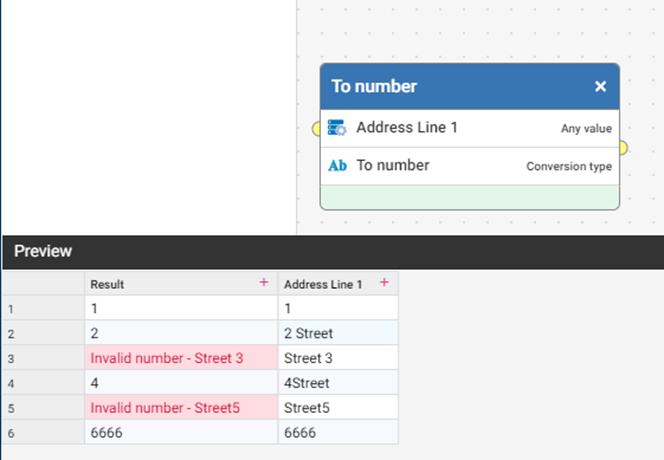 Why does 2 Street and 4Street not return the Invalid number error?

Can a description of To number be found somewhere in the documentation?

I’m aware that this could be achieved using a regular expression function, but is there an easier way?