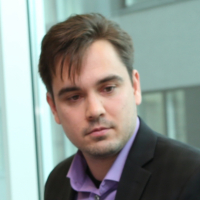 In complex Aperture environments, like in any data environment, you need to understand what data you have, where it comes from, what has been done to, where it has been delivered. These details can be found with with functions like metadata management, data lineage and so on. In Aperture, there exists a lot of features that help you to browse data spaces, data sets, workflows and even some of their dependencies. It's still quite a big problem to keep this all in order.

I were wondering if Aperture could benefit from "Data Product" thinking and soon to be published Data Card-work by Google Research. In AI communities, there has been Model Cards, also developed by Google Research, for some time. Now they have just published an article about Data Cards that can be used to document data.

I were just wondering, that this is quite a nice list stuff that data stewards, data analysts, and everyone who works with Aperture, could benefit. Maybe in the future, you could export/publish Aperture data set to external file/API and generate dynamically Data Card for that. The Google article lists a lot of important issues that could be published from Aperture metadata. Some might be need manual documentation too.

The idea would be just to create a concept that Aperture creates Data Products as a result of all functions and then provides Data Card as a dynamic metadata API along with the actual output API and result data. Some of the current Aperture features might be quite easily added to the first versions of Data Card. More problematic metadata management issues could be delivered later.