I’ve recently been working with a client who had used their Data Studio development environment to create workflows based on data they’d extracted from their development SQL Server database. They were in a position to promote those workflows to their production environment, and also point the data sources to use the live data from their production SQL Server DB (a separate instance to the dev database, with different credentials).

They wanted to ensure that they followed the right steps so that any future updates to their workflows in the dev environment could easily be synchronized to production, without the need to edit workflows once or reconfigure the external system every time.

Data Studio’s synchronization functionality allows you to do this, but it’s important to follow the steps laid out below.

To do this, we’ll make use of Data Studio’s metadata management capability: the ability to export any of the logic (dataset schemas, views, workflows, functions, external systems etc.) from one space to another. Note that no actual data will be exported or imported.

At this point, you should have a working copy of everything from the DEV environment set-up in your PROD environment using your new external system / credential. 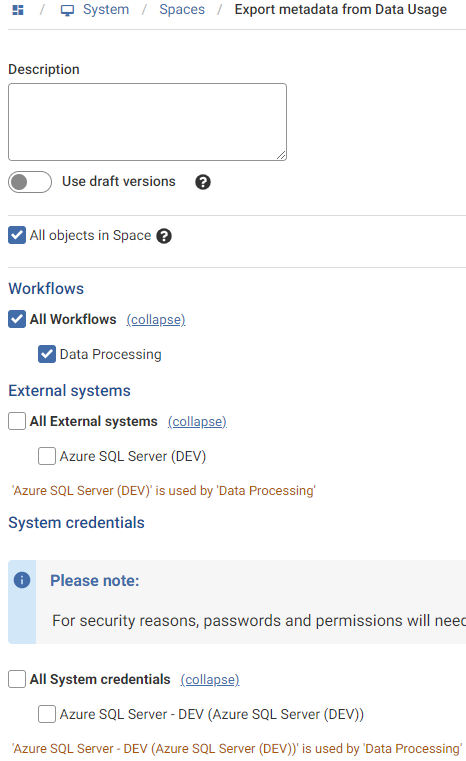